Famous Celebrity Tax Evasion Cases: Filing taxes is an annual exercise that we Americans hate pretty intensely. “Death and taxes,” as they say, are the two unavoidable unpleasantries in life.

The idea that others don’t pay their fair share is infuriating, so when rich celebrities get caught cheating on their taxes, it brings out some serious schadenfreude (pleasure derived from another person’s misfortune) in all of us!

Although plenty of celebrities and famous people have been busted for tax evasion, three standout: Martha Stewart, Wesley Snipes, and Willie Nelson. Here are their stories, plus five more celebrity tax cheats that did time and paid fines for their tax evasion.

Martha Stewart became a billionaire in 1999 when her company, Martha Stewart’s Living Omnimedia Inc, went public and skyrocketed to $38 a share on the first day. However, her luck soon changed, and she ran into her first clash with the IRS months later.

The maven of home entertaining ponied up $220,000 in fines for failing to pay taxes on her mansion in the Hamptons in New York State. Her claim that she spent very little time at that house did not sway the judge, and the IRS unsympathetically collected their penalty.

The fine for tax evasion did not make her straighten up and fly right. In 2004, Stewart spent five months in jail and five months under house arrest for failing to report a stock sale that was considered insider trading. Most damaging of all was that the blow to her image caused her company and empire to unravel.

Stewart read a prepared statement, saying, “Today is a shameful day. It’s shameful for me and my family, and my company. More than 200 people have lost their jobs, and I want them to know I am very, very sorry.”

Noting that thousands of letters from fans had influenced her light sentence, the judge split Stewart’s actual sentence to include just five months in prison, with the rest of the time spent wearing an ankle bracelet monitoring system at home.

Martha Stewart never really recovered from all the drama, and her eponymous Martha Stewart Living Omnimedia Inc. was sold in 2015 for about $6 per share, a value of 80% less than before the scandals.

Wesley Snipes may be an action star on the big screen, but when it comes to paying taxes, he can’t seem to dodge fast enough. In his 2008 trial for tax fraud, Snipes blamed the government for not being a legitimate agency, his tax advisors, and his residency status in the U.S.

In the beginning of his trial, Snipes requested to enter the IRS’s Fresh Start initiative that allows tax evaders to pay less to settle up with the government. Snipes offered a measly $842,000 (5%) of his $17.5 million bill, which the IRS rejected.

Instead, the IRS offered Snipes three years in prison and the chance to come clean to the tune of six million dollars, the figure the government determined Snipes could reasonably pay. In the end, after all was said and done, Snipes paid just a fraction of his past due amount and escaped with a misdemeanor tax evasion charge and some prison time.

*Related: TurboTax: Here’s how you can file state taxes for free

“I’m from Texas, and one of the reasons I like Texas is because there’s no one in control” – Willie Nelson

Unfortunately, Willie found out the hard way that Texas is in the IRS’s jurisdiction, and they frown on people from any state who don’t pay taxes.

In 1990, Nelson was forced to pay $16 million in fines and back taxes for using an illegal tax shelter. While the singer is famously against paying taxes to the federal government, it turns out that his accountant was also to blame, using Nelson’s money for taxes to invest in other areas instead.

When Nelson was hit with fines, penalties, and back taxes that he couldn’t afford to pay, federal agents raided his home and confiscated his most valuable possessions, with one notable exception: Trigger, Nelson’s favorite guitar.

In an unusual twist, Nelson used Trigger to quickly write an album about his situation called The IRS Tapes: Who Will Buy My Memories?, the proceeds of which were used to pay down his debt. When fans of the singer found out his property was to be auctioned off to further pay the bill, they enthusiastically participated in the IRS’s auction of Nelson’s belongings, handing the property back over to Nelson.

Nelson’s fine was eventually negotiated down to a mere $6 million but is still one of the largest fines in celebrity tax evasion history.

In addition to those three high-profile celebrity tax cheats, here are five more forced to pay the piper in jail time and/or massive fines.

2. Pete Rose: Pete Rose also did five months in the poky for failing to pay taxes, eventually coughing up one million dollars in fines and back taxes. His failure to report earnings from autographs, baseball memorabilia, and winnings from horse races meant that this Red Sox player got in trouble not only in 1990 for tax evasion (jail time) but again in 2004 (million-dollar fines).

3. Leona Helmsley: Famous last words: “We don’t pay taxes. Only the little people pay taxes.” Helmsley, nicknamed the “Queen of Mean” by employees and associates, underestimated the desire of the IRS to catch famous tax evaders. In 1989, Helmsley began a 16-year prison sentence for a wide variety of tax-related crimes on a very ironic day: April 15th.

4. Annie Leibovitz: Leibovitz was not among the ranks of celebrities who went to jail for tax evasion, but she did have to pledge the copyright to every photograph she had ever taken in order to secure a $2.1 million dollar loan to pay back taxes from 2004 to 2007.

5. Al Capone: Arguably the most famous of all American mobsters, Al Capone was untouchable on charges of murder and mayhem. In fact, he was a “celebrity” just for being a mobster, which is something you don’t see nowadays.

How do you bring down a notorious Mafia kingpin when murder chargers won’t stick? Check his tax return. The U.S. government did and ultimately convicted Capone of tax evasion, tossing the mobster in Alcatraz for 11 months and fining him $50,000 (the harshest tax fraud sentence in history to that point). Upon his release, Capone’s influence had been diluted by other mobsters, and he died out of the spotlight at his Florida home in 1947.

Tax Evasion: Hard to get away with, even if you’re famous

Famous IRS tax evaders have found that you may get away with it at first, but in the end, the Tax Man Cometh. While less than 1% of all tax returns are audited every year, there are ways you can decrease your chances of an audit, starting by remembering to file on or before April 1! 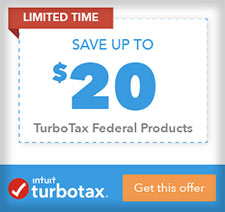 *Exclusive discount. Or, view all coupons 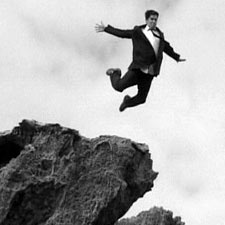 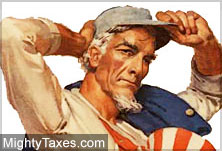