Al Capone & tax evasion: According to Hollywood, the man who brought down Al Capone was a plucky Prohibition agent by the name of Eliot Ness. Sure, Eliot Ness hunted Capone like a bloodhound, but he was on to the wrong scent

Journalist Oscar Fraley wrote a book that made Ness famous through half-baked lies and buried the true hero of Capone’s arrest. The truth resurfaced in 2010 when a new book by Jonathan Eig shed light on who might have actually caught Capone.

1. Who Was Al Capone Anyway?

Al Capone was born a poor child of immigrants in 1899. He was a Brooklynite and it would be years before he became the infamous gangster.

He bunked with seven siblings in a tiny Brooklyn apartment. His mother was a seamstress and his father a barber. They treated him as well as they could in their poverty. Nothing in how his parents raised him could explain his rise to crime lord.

To understand what triggered Capone’s corruption, we need to look at his schooling. Capone fell behind in the sixth grade and repeated a grade.

While he didn’t experience abuse at home, he found it aplenty at school. By the time he grew big enough, Alfonso tired of the beatings. When the teacher struck him, he hit back.

For his rebellion, he received an even more severe beating. This convinced him to never come back to school again.

His family moved out of the apartments in Brooklyn and to a house in Park Slope, Brooklyn. It was there he encountered the mob for the first time.

Capone attempted regular employment for a time. He worked in a munitions factory and cut paper there. In his free time he would dabble in gang activity, but for most of that time, his dealings were above board.

It wasn’t until 1917 that Torrio introduced Capone to Frankie Yale, a gangster who then employed Capone as a bouncer and a bartender at the Harvard Inn on Coney Island. One evening, Capone insulted a woman and her brother slashed him across the face. He was from then on known as Scarface.

Capone is best known for his dealings in Chicago. In 1920, after marrying his sweetheart and working honestly in Baltimore, Capone moved to Chicago at Torrio’s invitation.

Torrio had built a small empire of his own in Chicago. Prostitution and gambling were his business. It was 1920, the era of prohibition and a new opportunity presented itself: bootlegging.

In this new field of crime and corruption, Capone thrived. He brought the skills learned on the street and the honest skills he learned as a bookkeeper. And while Capone’s bookkeeping skills were legendary, it was ultimately the books that brought the kingpin down.

2. The Tax Lawyer Who Brought Down Capone 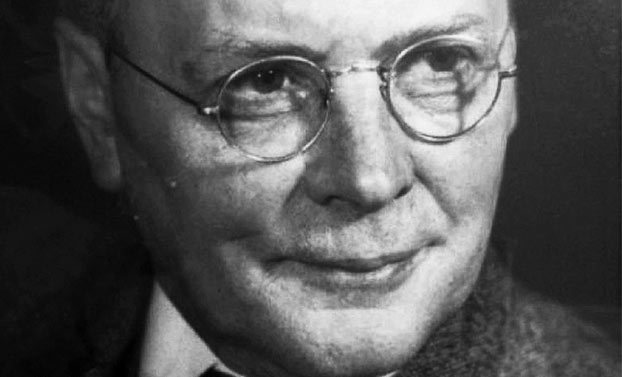 While Capone was known by Chicagoland as a rule-breaker, Attorney George Johnson was known as a saint. For thirty years he worked as an attorney in Chicago and not once did he take a bribe. He was so clean that President Calvin Coolidge appointed him U.S. District Attorney.

While the St. Valentine’s Day Massacre received the media attention and subsequently the government’s, Capone was directly responsible for only a handful of murders and the Massacre wasn’t one of them. Thus, the government had a difficult time pinning the kingpin with anything substantial.

George Johnson and the Dull Work of Tax Sleuthing 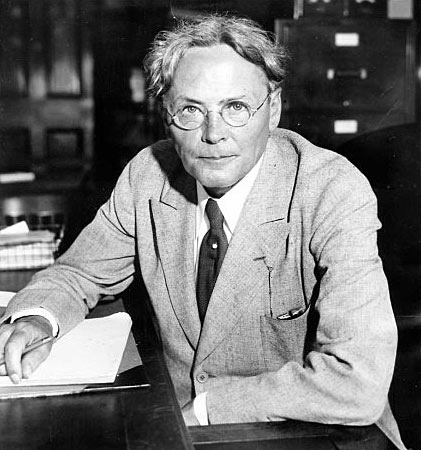 The FBI tried relentlessly to catch Capone on bootlegging, racketeering, and murder. They failed.

All the while George Johnson and his team of tax detectives were doing the boring work. They were shuffling through what they had on Capone’s taxes.

Johnson’s tax work never received media attention. He wasn’t publicity-happy like Elliot Ness, and even his name was boring. Ness hogged the spotlight by calling the press any time he raided a shipment of bootlegged liquor. Sledgehammers and smashed barrels were more interesting to the press than shuffled papers and tax forms.

But Johnson nabbed Capone because he was doing the real work behind the scenes.

Al Capone once said, “They can’t collect taxes from illegal money.” Because of Johnson’s work, Capone ate his own words on October 18th, 1931 when the tax man came collecting. And Capone paid in time instead of money.

Capone made off with a lot of tax-free money during his years as Chicagoland gangster. He was raking in $60 million (tax-free) annually by the mid-1920s.

Oddly, Capone’s statement about taxes on illegal money was true at the time. But in 1927, the U.S. Supreme Court ruled that “gains from illicit traffic in liquor are subject to the income tax.” This ruling on tax law was just what George Johnson needed to put Capone away for a while.

Alfonso Capone of Chicago was indicted on 22 separate accounts of federal income tax evasion. Johnson wasn’t just successful in bringing in Capone on these charges either. Johnson’s work was a net that fished out Capone’s brothers, Jake “Greasy Thumb,” Ralph “Bottles” Capone, and a few other lower level gangsters connected to Capone’s empire.

On Oct. 17th, 1931 Al Capone was convicted of tax evasion. Capone entered a plea deal on the charges. He asked for a reduced sentence of only two years in prison with good behavior. But the judge said “no.”

Thanks to a little-known tax lawyer’s stellar work, Capone ended up in Alcatraz. Capone thought he’d be able to schmooze his way through the prison system. Alcatraz’s guards were as incorruptible as Uncle Sam himself.

Capone settled in for the long-haul and said, “It looks like Alcatraz has got me licked, finally learning that death and taxes are unavoidable.

While you may not run a crime empire, you still don’t want to get your taxes wrong. If you’re looking for an easier way to do your taxes, check out our advice on taxes, and exclusive coupons for tax software like TurboTax and H&R Block!

Thanks for stopping by mightytaxes.com! Check out our latest tax tips, our exclusive coupons for tax prep software from TurboTax, H&R Block and TaxAct, as well as their latest free versions for 2021-2022.